As the wind energy industry continues to grow in the Midwest, a terminal operator at the Ports of Indiana-Burns Harbor is seeing an increase in the number of massive wind turbine blades at its Lake Michigan dock. Most of the blades range from 110-125 feet in length and weigh anywhere from 11,000 to 25,000 pounds each. Montreal-based Federal Marine Terminal Inc. is one of two stevedores serving the port, a contract company that loads and unloads ships for other customers.

In an interview with Inside INdiana Business, FMT Vice President of Operations Chris Dugas called the cargo “pretty cool,” but the fiberglass blades are fragile.

“They’re not as nearly as resilient. It’s a big deal. They’re very expensive pieces of cargo,” said Dugas. “Just the pure size of handling them and how much space they take up on a ship makes it a challenge.”

According to FMT, the company has handled 219 blades on nine ships. Another three more ships with blades are expected this year.  “We’ve also received 3 other ships with other when wind components,” said FMT Terminal Manager Justin West.

FMT leases 25 acres of outdoors storage from the Ports of Indiana, much of it is used for the wind blades. They sit in a staging area, waiting for specialized trucks and escorted convoys to move the blades to wind farms under development throughout the Midwest.

“The trucks to get them out of the port, it’s a pretty impressive operation and a lot of partners go into making it a success,” said Dugas. 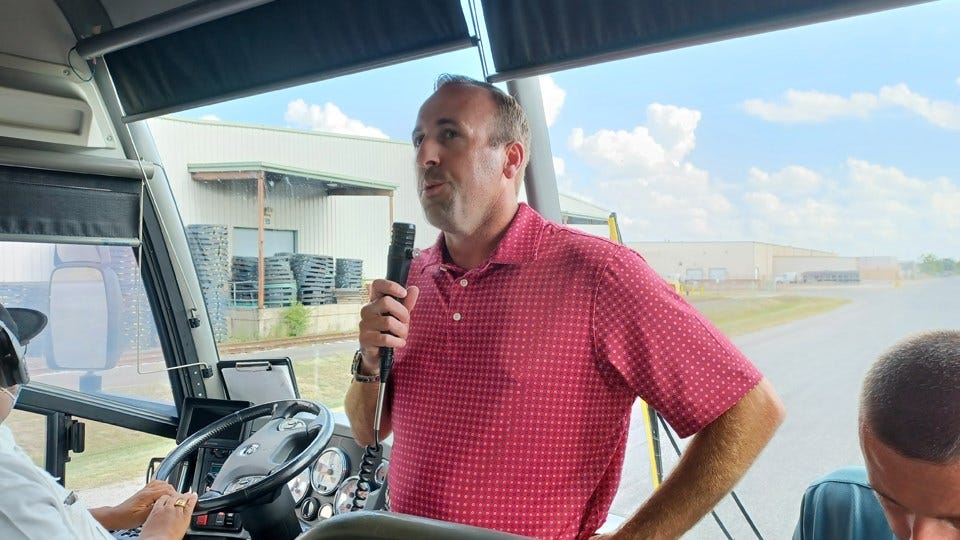 Chris Dugas is VP of operations for FMT, a tenant at Burns Harbor. (IIB Photo)

“We kind of live and die by steel here. Like this year, steel prices are high, there’s a lot of demand, but supply is not there. It’s very, very key piece of cargo,” said Dugas, who adds that more than 50% of the cargo FMT onloads remains in the Burns Harbor facility for other tenants.

“That’s very rare. Most facilities export, import, hits the ground, and it’s going somewhere else,” said Dugas. “I think just the sheer volume of cargo that comes in here, the mix of cargo, if you look around, it’s an impressive number.”

Another impressive number is total tonnage. Through July, FMT has handled 381,033 metric tons of cargo. That number nearly matches the 381,735 MT for all of 2020. Most of the cargo is steel, or steel-related products.

The port has about 30 businesses in the 600-acre site and about half are involved in the steelmaking and processing industries.

Ryan McCoy, who is director of the Ports of Indiana-Burns Harbor facility, says as valuable as the northwest Indiana steel industry is for port operations, he says it is also important to serve a broad spectrum of industries.

“We see the ups and downs of the steel industry has had in the last 30, 40, 50, 60 years. If we’re solely focused on steel we fail as a port, we need to be diversified,” said McCoy. “We need to attract other tenants, other customers outside of steel.”

McCoy says that is why terminal operators, like FMT, and project cargo, like turbine blades, are necessary to the success of the port. 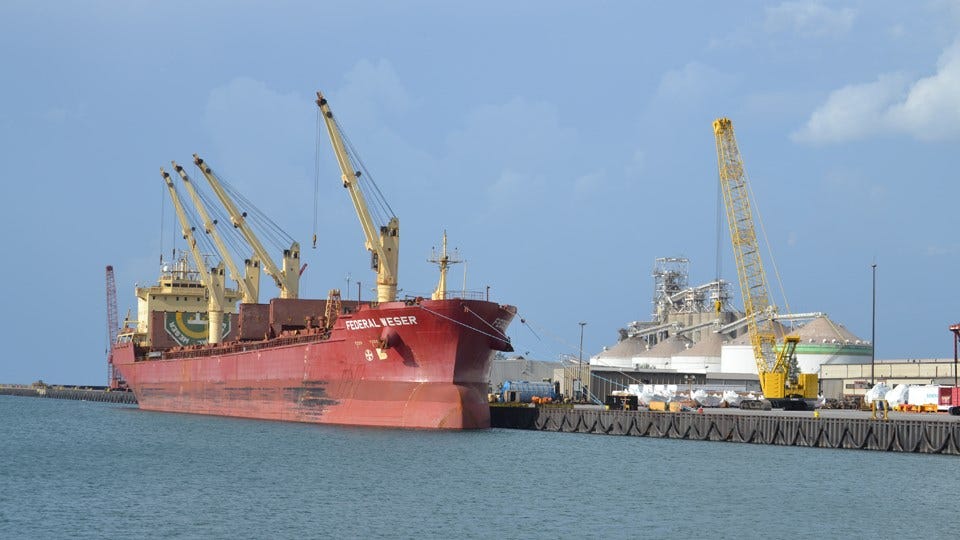 This ship is owned by Fednav Limited and is docked at the Ports of Indiana-Burns Harbor. (IIB photo)

FMT is a subsidiary of Fednav Limited, a Canadian-based shipping company. It has more than 120 ships and ten port operations. It operates in the US East Coast and Gulf Coast and in the Great Lakes.

In an interview with Inside INdiana Business, FMT Vice President of Operations Chris Dugas called the cargo “pretty cool,” but fragile.