The Northern Indiana Commuter Transportation District is planning to put out a second request for bids for the South Shore Line Double Track project in the next few weeks. Our partners at The Times of Northwest Indiana report a revised request will seek to bring the cost of the railroad portion of the project closer to the anticipated $228 million number.

The Double Track project will add a second set of rails on the South Shore Line between Gary and Michigan City, along with upgrades to associated infrastructure. Previous bids for the railroad portion of the project came in around $400 million, according to the publication.

On Monday, the NICTD Board of Trustees approved a series of infrastructure purchases designed to make things easier for the contractor chosen for the project. They include a $6.2 million contract for rail material with A&K Railroad Materials in Valparaiso, as well as the purchase of crossing diamonds from Voestalpine Railway Systems and signaling equipment from Alstom Signaling, totaling nearly $1.5 million.

“I’m feeling confident between the actions we’re taking and the new funding available, we’ll be able to give a notice to proceed,” NICTD President Michael Noland told The Times.

The additional funding, totaling nearly $25 million, comes from the American Rescue Plan. The NICTD hopes to give a winning contractor a notice to proceed by this fall.

The overall cost of the project is an estimated $491 million. In addition to the railroad, the project includes four new bridges, eight new platforms, nearly 1,500 additional parking spaces at four stations, and the closure of 21 at-grade roadway rail crossings in Michigan City. 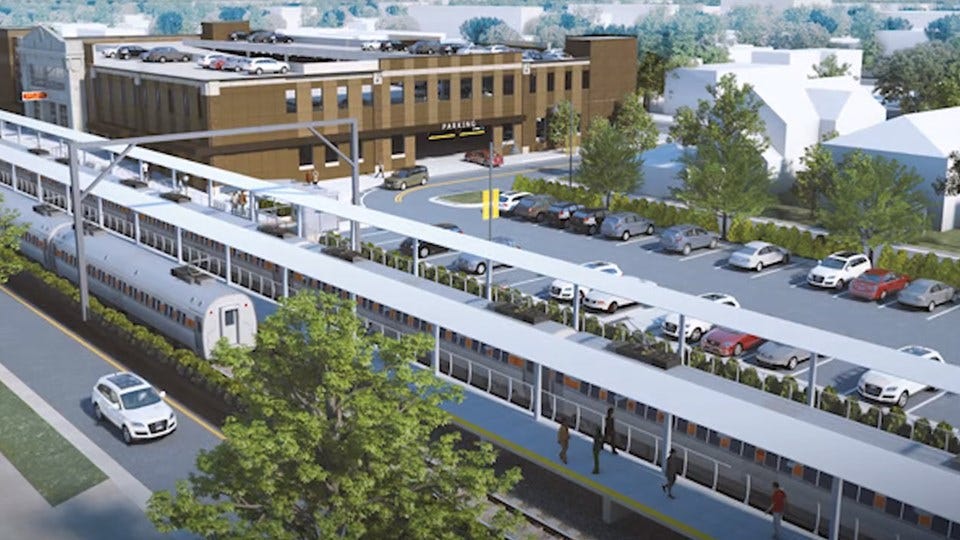