As America just celebrated Independence Day for the 245th time, an Indiana-based publication is celebrating its 200th birthday. Launched in 1821, the Saturday Evening Post has chronicled much of the nation’s history.

“The country was still far from fully developed. James Monroe was the president. Thomas Jefferson and John Adams were still alive in those days. So, it goes back quite away,” said Jeff Nilsson, director of archives for the Post.

While there are older newspapers, Nilsson says the Post is the oldest known magazine in the country. Nilsson says the first editions of the Saturday Evening Post were printed on a press used by Benjamin Franklin to print his publication 50 years earlier.

Nilsson says over its 200-year history, the publication has had its ups and downs. “The Post has faced uncertain futures and then turned around, because somebody came in and said, ‘it’s too valuable. We got to keep this thing running.’ And so that’s what they did. And they pumped in new money,” said Nilsson.

During the early days of the 20th century, people relied on publications like the Post for their news. But after the advent of television in the 1950s, publishers had a new challenge.

In 1969, the Curtis Publishing Co. suspended publication, not knowing what the future held for the magazine. “They were still debating what to do with it. Because even though they had millions of subscribers, they didn’t think they could sustain that base for very long, at least not profitably,” said Nilsson.

That is when Indianapolis businessman Beurt SerVaas approached the company about purchasing some of its other publications. “And out of that, the story of the Post began. It was not his original intention, but there was so much clamor and enthusiasm for the idea that he picked it up,” explained Nilsson.

It’s been under the ownership of the SerVaas family ever since and moved operations to Indianapolis in 1971. “The history of the Post is a history of America,” said Publisher Joan SerVaas. “We’re proud to be sharing it with our readers.” 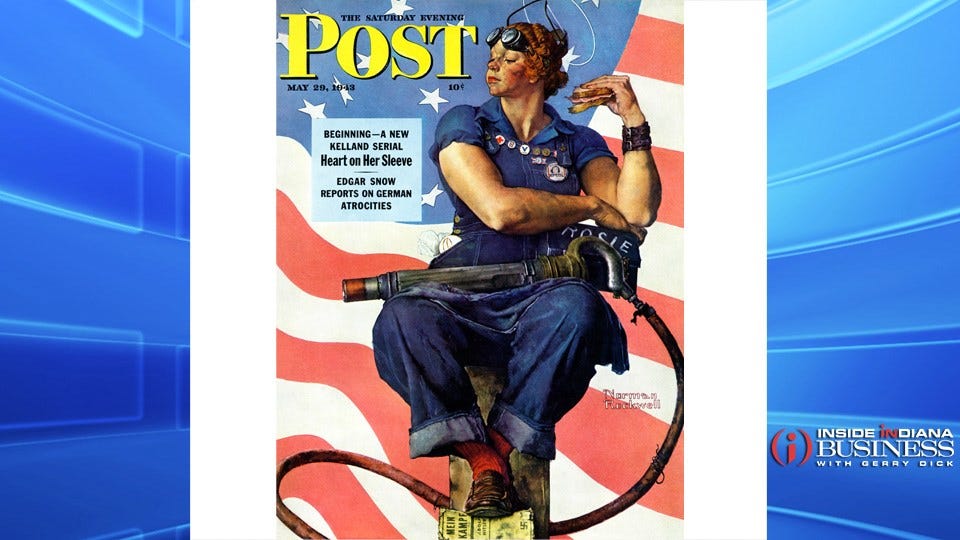 The magazine has covered a variety of news events, ranging from agriculture to war, but also offers a mixture of fiction stories, humor and iconic illustrations. The most notable being those of American artist Norman Rockwell. The illustrator provided more than 300 cover shots with his homespun look at America during a 40-year run with the magazine. “We gave him his big break in 1916,” said Nilsson. “He did far more work for us than anyone else. Yeah, the connection is pretty strong.”

Nilsson says what people do not realize is that the Post actually used 500 artists, but Rockwell was, by far, the most recognized. “Rockwell said that sometimes when he painted, he was painting the way he would like life to be,” said Nilsson. “But he never said that’s the way it should be.”

“In many ways, the Post’s depiction of everyday America helped create a national set of shared values,” said SerVaas. “Every page of the magazine from 1821 to 2021 tells a story of where we’ve been and where we’re going.”

The publication says as it celebrates the milestone this year, it will reprint selections from their half-million-page digital archive.

“One of the things that surprises me is that for as long as the Post has been published, for most of the years, it’s been regarded with some sort of a mixture of nostalgia and affection. And this goes all the way back to 1871,” said Nilsson. As he dug through the archives of the 50th anniversary of the Post, he noted people were talking about, ‘The good ole Saturday Evening Post. It’s our link to the past.”

The publication says it has 250,000 subscribers. Click here to view the Post’s history.

Nilsson explained why the Post has represented American values for decades.