Warren White, the head of assembly and testing for Indianapolis-based Rolls-Royce North America, says Monday’s announcement of the aerospace company expanding its footprint at Purdue University is a continuing example of the economic benefits of their public-private partnership. And it appears additional projects could be announced in the months ahead.

“I think there’s some exciting developments coming, is what I would say. There’s some future announcements (that) we are working toward and just deeper research with a top engineering school in the world,” said White.

On Monday, Purdue Research Foundation and Rolls-Royce announced the company will expand its facilities in the Purdue Aerospace District, which is adjacent to the campus. The new test facilities will be used to develop high-altitude and hybrid-electric engines to power the next generation of U.S. military aircraft. The expanded research could eventually lead to the creation of new jobs.

“Doing this kind of work, new work, usually brings new jobs or bidding on a lot of new work. And these facilities are going to help us get that new work. And then, therefore those new jobs in those areas,” said White. 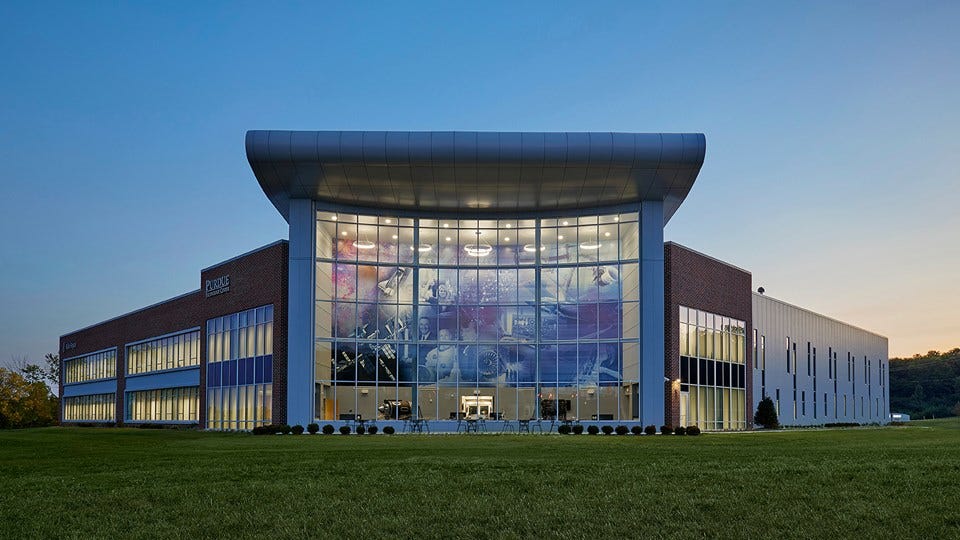 The Purdue Research Foundation says the project will include three brand new facilities and an expansion of one existing building, totaling an estimated 50,000 square feet of new space.

“That interest in being adjacent to the researchers, their research, and that talent pipeline of their graduate and undergraduate students is really what differentiates our ability to talk to a partner like Rolls Royce about a partnership like this,” said Brian Edelman, president of the Purdue Research Foundation, who says those relationships also helps Purdue attract world class researchers and top-tier students.

While not giving details of the amount of money getting injected into the project, the partners do say it is a multimillion-dollar investment.

“It’s a planned upgrade we have been contemplating for a while. And looking at not just our current product, but the next generation of products that we have been investing in,” said White. “It does cost a fair bit of money to set up, invest in and then run those facilities ongoing for the next few decades.”

One of the new facilities will be a high-altitude test cell, which Rolls-Royce says will be able to simulate conditions of flight on an engine while it is still physically on the ground. The company says it will use the facility to test a variety of current and future engines for military aircraft such as the V-22 Osprey, the C130J Super Hercules, and the Bell V-280 Valor. White said certain facilities will open next year while others will fully open at the start of 2024.

White said the Rolls-Royce investment is strategic and will lead to additional projects in the future at Purdue.