Indianapolis-based Regenstrief Institute is inviting Indiana residents to become “citizen-scientists” by helping to track the number of Hoosiers who are wearing, or not wearing, masks.

The organization has released a new web application called MaskCount, which allows users to track the mask-wearing activity around them.

“We’ve been working since the beginning of the pandemic on analyzing data… to really understand what’s happening,” said Embi. “And one of the things that we recognized as researchers is that we just don’t have good data on what’s happening with masks.”

After registering, users can start sessions and count mask-wearing activity they see around them.  The device allows the user to swipe or tap their smart device to measure mask usage. Location data for each observation is captured and sent to secure servers.

“There are ways with modern technology to be able to allow regular people to actually contribute to this effort,” explained Embi. “How do we help them help the rest of us learn more about what’s actually happening and then get better data?”

Embi says Regenstrief built the app using state-of-the-art crowd-sourcing technology that allows anyone to submit anonymous data to develop new evidence about the use and effectiveness of masks.

Embi says privacy was a key consideration in the development of the app. He says not only is the privacy of data protected, but also the privacy of individuals wearing or not wearing a mask.

The app does not allow for the identification of anyone’s information, such as names and faces. Nor does it allow people to take pictures of people they are observing.

“It was really important to us that we did this in a way that was respectful of people’s privacy,” said Embi. “There’s no way to sort of trackback to anyone who’s being observed. 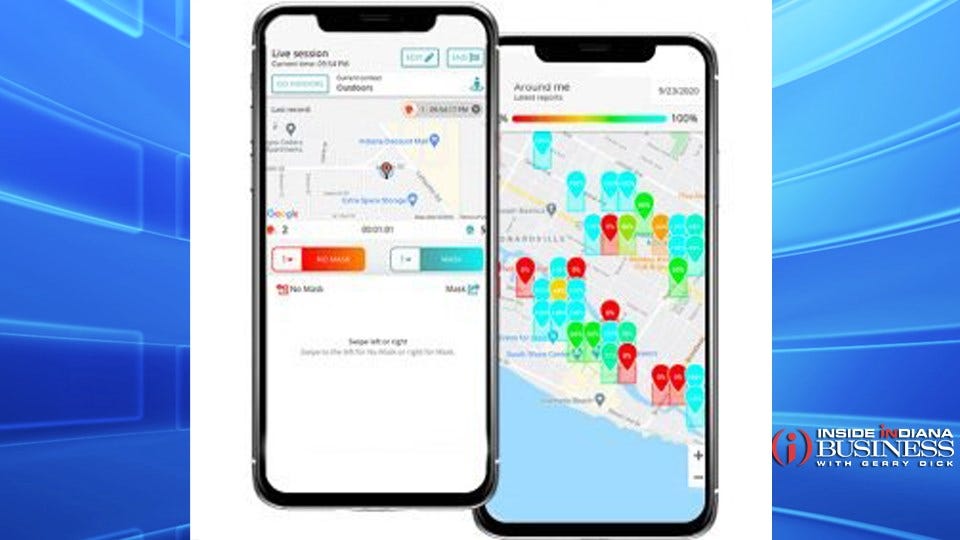 Regenstrief research scientists will then analyze the observations and present the combined data online. Embi says they also plan to merge the data with other information to assess the effects of public health policies.

“The more data they collect, and the more people that are collecting data, the better sense we’re going to have of what’s happening,” said Embi. “And then the better, we’re going to be in a position to put that together with the other data and try to learn more about how we can help prevent the spread.”

Embi says the data will be made available via privacy-preserving dashboards to inform the public about what people are seeing near them.

Users can return to the app and enter the information as frequently as they choose. They can also view data from their previous sessions as well as see cumulative data on masking trends from others around them.

It is available in 15 languages so it will allow users in other countries to measure mask use. Click here to learn more.