The Purdue University/CME Group Ag Economy Barometer was virtually unchanged in April, up one point from March. The monthly, nationwide survey shows farmers are becoming more optimistic about the future, however they are still concerned about the current state of the farm economy. 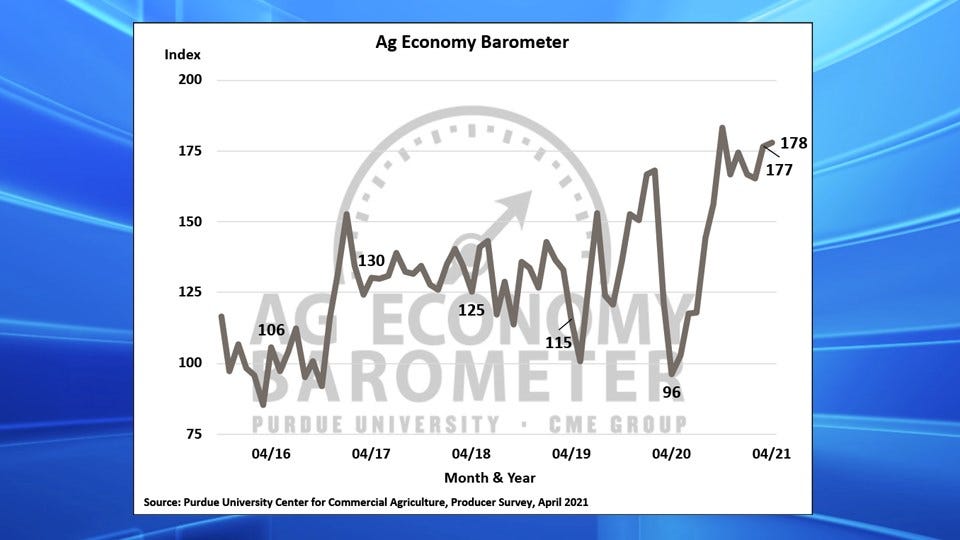 The Purdue Center for Commercial Agriculture, which conducts the survey, says 50% of the respondents expect better financial performance in 2021, compared to 2020. Only 39% felt that way in March.

Mintert says possible changes in U.S. tax policy weigh heavily on farmer’s minds. Ninety-five percent of survey respondents are either somewhat or very concerned that changes in tax policy being considered will make it more difficult to pass their farms on to the next generation.

Mintert provides an analysis of the ag barometer in the video below.