Officials in Noblesville have broken ground on a massive business and innovation park. The city says the Washington Business Park will transform 75 acres of undeveloped farm land into a complex with the capacity for 800,000 square feet of space over the next five years.

Plans for the business park were first announced in January. In an interview with Inside INdiana Business, Mayor Chris Jensen said the project was proposed in response to growing demand for more office space.

The project, which is being developed in conjunction with Westfield-based Patch Development, includes plans for up to 11 lots ranging from two to 22 acres in size. The buildings to be constructed at the site will range from 10,000 to 250,000 square feet depending on the needs of future tenants. 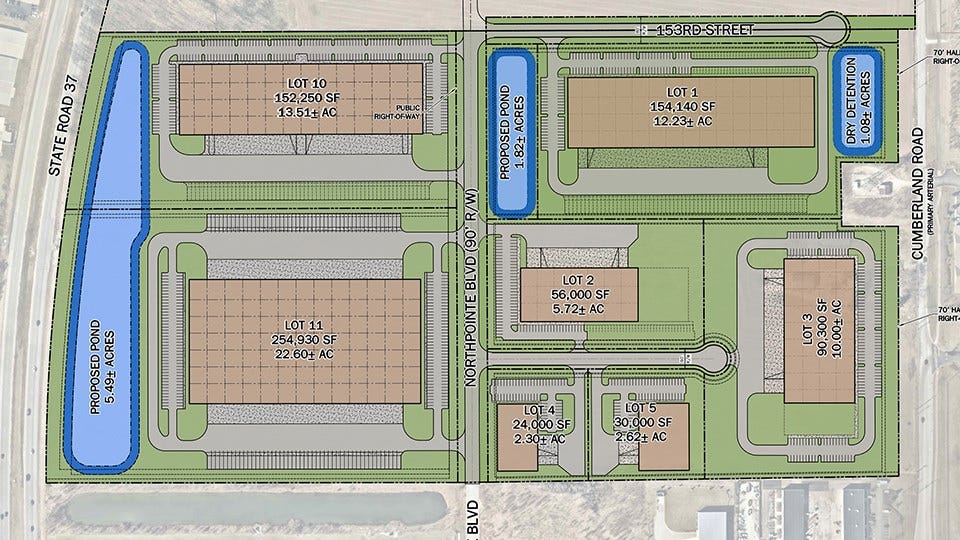 (image courtesy of the city of Noblesville)

The city says the Washington Business Park will generate more than 500 jobs.

The first tenant at the business park will be Michigan-based Morrell Group, an advanced motion control solution provider that also has locations in Indianapolis and Fort Wayne. The company says it plans to create more than 30 jobs after opening.