Halfway through the year and central Indiana is on pace for another strong, if not a record, year for home construction. The Builders Association of Greater Indianapolis says for the first six months of the year, the number of single-family building permits is up 46% year over year.

BAGI says for the month of June, there was a 33% increase from June 2020. According to the homebuilder trade association, 967 permits were filed last month in the nine-county region of central Indiana, compared to 655 in June of last year.

BAGI Chief Executive Officer Steve Lains says low-interest rates continue to serve as the equalizer to offset an increase in home prices, further pushing the demand and surge for new construction as it has for the last several months.

“With material pricing and inventory so irregular, the new home market has also become unpredictable,” said Lains. “Builders are still seeing constraints on product availabilities and are also concerned about the opportunity to obtain approvals for projects in the future.”

BAGI says the most notable growth was in Shelby County which recorded a 329% jump with seven permits issued in June 2020 to 30 in June 2021. 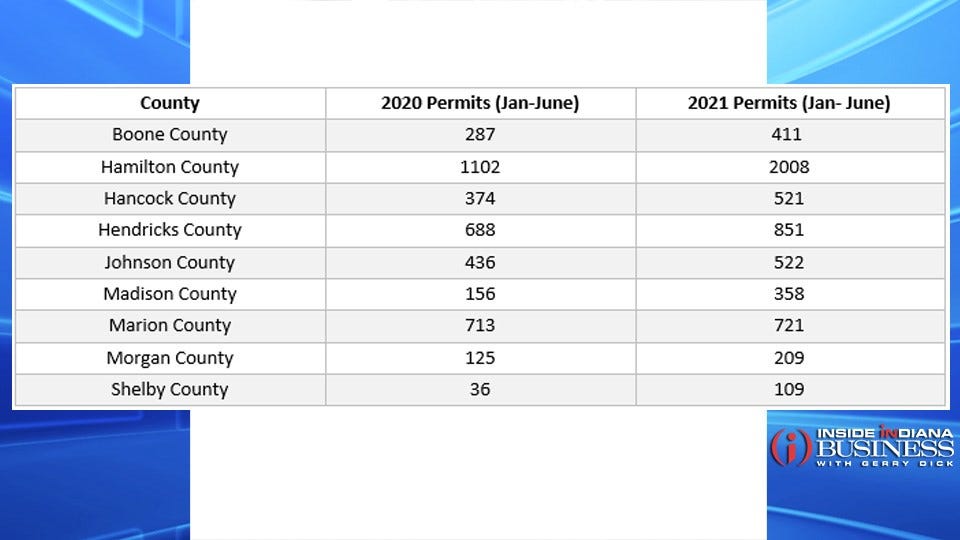