A meat processor in the tiny Dubois County community of Celestine is nearing completion of a second plant, with plans to double production and staff. Sander Processing is building the second shop in nearby St. Anthony. Co-owner Kent Sander says the expansion is due, in part, to a $150,000 federal CARES Act grant administered through the Indiana State Department of Agriculture.

The ISDA says the funding was intended to improve food supply resilience, worker safety, and capacity expansion projects for meat processing and slaughter. The grant required recipients to invest at least one dollar for every dollar they received from the reimbursement program. 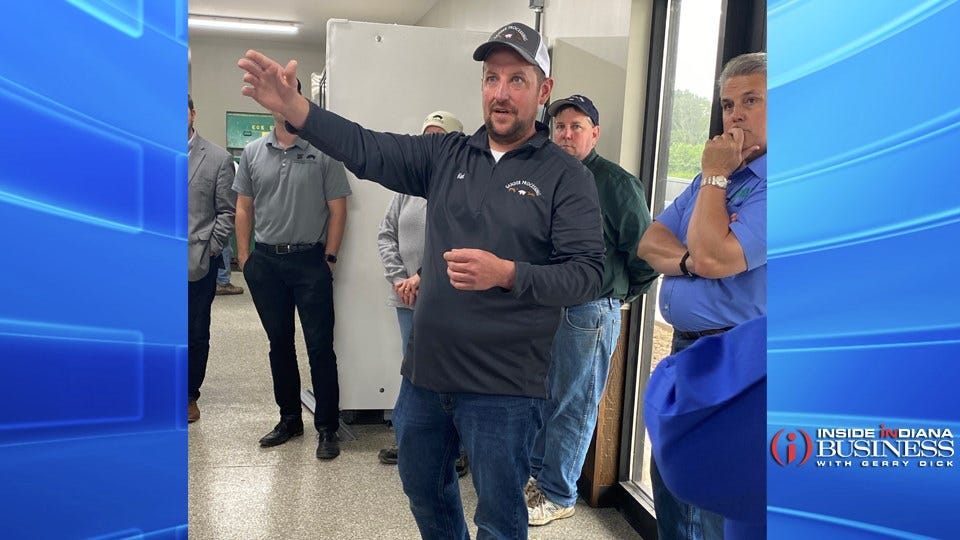 Kent Sander is one of the co-owners of Sander Processing. (photo courtesy: Indiana Meat Packers)

For Sander, it was important to help Hoosier farmers who had few, if any, options to process harvest-ready livestock, a problem being seen around the country.

When the state’s largest processors, like Tyson Foods Inc. (NYSE: TSN) in Logansport, were closed for several weeks due to a high number of positive cases of COVID among their workers, smaller, local processors tried to boost production. But the shops have a smaller staff and limited production capabilities to process beef cows and hogs ready for slaughter and processing.

“There is such a need for those kinds of small businesses in agriculture,” said Lieutenant Governor Suzanne Crouch. “There has to be a place where farmers can take their hogs and their cows and be able to have them you know processed.”

Crouch, along with ISDA Bruce Kettler and members of the ISDA staff, toured multiple meat processing facilities across the state to see how they were using the grant to improve operations.

“I’ve even had some of these owners say the challenge was, with all that that extra (processing) work, ‘even if we could bring people to work, we couldn’t put them put them closer together,’” explained Kettler. “This grant allowed them, in some cases, to be able to space things out, maybe remove walls and add some space for processing.” 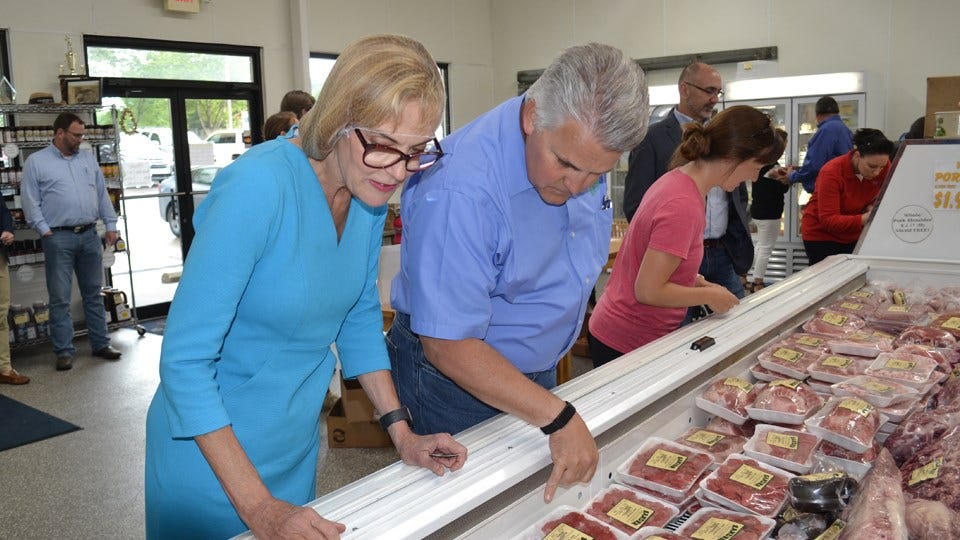 Sander says his parents started the business in 1988 and were processing one beef cow per day. Since then, the operation has grown. Sander says before the pandemic hit, they were processing 45 heads of cattle and 70 pigs on average per week. But they had to work seven days a week to accomplish.

But after receiving the grant, and investing in equipment, the company was able to process 70 heads of beef and 90 pigs, but in five days.

“Being able to upgrade, now we can do just as much in five days as what we were doing in six or seven before. In turn, our employees aren’t working as hard,” said Sander of the grueling work.

Sander says when the family opened the Celestine location, they had eight full time employees and six part time. Now, they operate with 25 full time and 22 part time workers.  He says with the expansion of the Saint Anthony location, the company should be able to double output and staff.

It appears demand for locally sourced protein is not waning. Sander says his facility is booked out for at least the next nine months with farmers who need the livestock processed.

“And talking to local farmers. A lot of them, would call and say ‘hey, we like you guys, we want to stick with you. But I found a place four or five hours away that will take it and they would drive that far,” said Sander. “Because everybody was scared that they weren’t gonna be able to get their stuff in.”

Sander explains how the grant allowed the company to grow staff and facilities and keep up with farmer demand for processors.