Dr. Jennifer Sullivan is secretary of the Indiana Family and Social Services Administration

One of the key players in Indiana’s response to the COVID-19 pandemic has stepped down from the post, and another member of Governor Eric Holcomb’s administration has been named to fill the role. Dr. Jennifer Sullivan has accepted a position in North Carolina and resigned as secretary of the Indiana Family and Social Services Administration.

“Jennifer Sullivan has dedicated herself to improving the social and human needs Hoosiers are faced with every day,” said Holcomb. “Secretary Sullivan tackled some of the most complex issues our state has ever dealt with and found new innovative ways to deliver improved results.”

The governor appointed Sullivan to the role in January 2017. She held the position for six years.

The governor’s office says Rusyniak was critical in leading the statewide COVID-19 long-term care response and is the point person for the state’s efforts to reform Indiana’s long-term care systems.

“Dr. Rusyniak showed his true character and leadership skills on a statewide stage during the pandemic,” said Holcomb. “He was consistent under pressure and always based his decisions on the overall health and well-being of Hoosiers.” 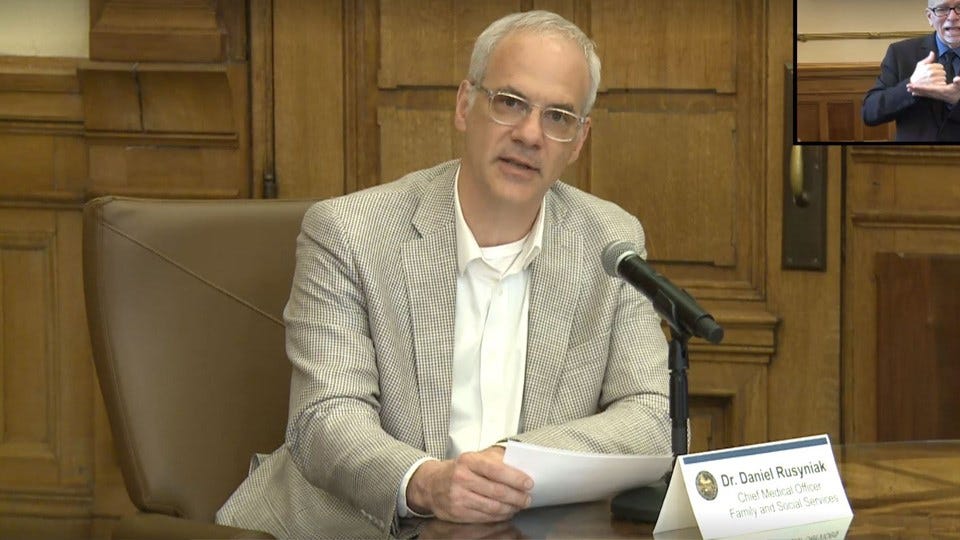