Crews started demolition of a former Kmart in Brownsburg to make way for a new Kroger. (photo courtesy: Kroger)

Demolition of a vacant Kmart store in Brownsburg got underway Monday with a ceremonial “wall breaking.” A new $20 million, 102,000-square-foot Kroger will be built on the spot, which is located in the same shopping complex as a current Kroger.

Instead of a traditional groundbreaking, Kroger held a wall breaking to launch the project.

The grocer says it is investing $20 million to build the store in which Kroger says will be “unlike any other in Indiana.” It will also be nearly 30,000-square-feet larger than the present store in Brownsburg.

Kroger says the new store will include a Starbucks, an expansion of nearly every department, and increased parking.

“Kroger is a central part of our retail community. In an area like Brownsburg, it is great to see Kroger expanding its food options to support our ever-growing community,” said Brownsburg City Council member Brian Jessen, who took part in the sledgehammer ceremony.

Demolition will take up to two months. The company says about 90% of the debris will be recycled or reused. Crews will crush concrete from the old Kmart and part of it will be used for the new concrete floor.

If all goes as planned, Kroger hopes to be operational in the new store within a year. 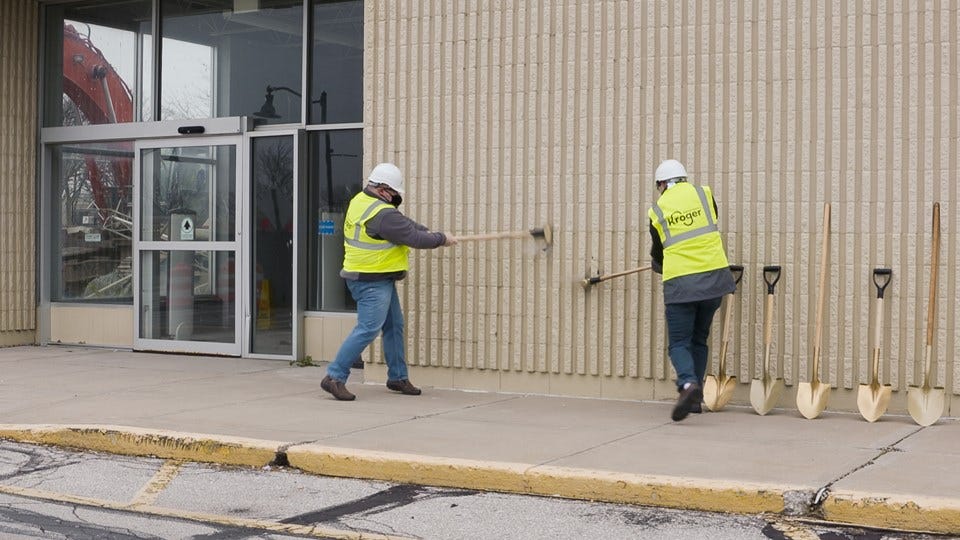