Today’s Carb Day festivities kick off what Indianapolis Motor Speedway President Doug Boles says has become a "must-attend weekend" for both hardcore and casual racing fans. Boles says almost 70 percent of the people who come to the Indy 500 don’t watch another race all year, giving Indianapolis a unique opportunity among race cities to showcase itself. The Speedway has also released the logo for next year’s race, which it says will be the basis for branding in future years.

The Speedway says next year’s logo, which you can see below, will "form the core" of future logos for the race, with the goal of creating a consistent annual brand appearance. Boles says the design "salutes the traditions and legacy of the race while looking ahead to its bright future." 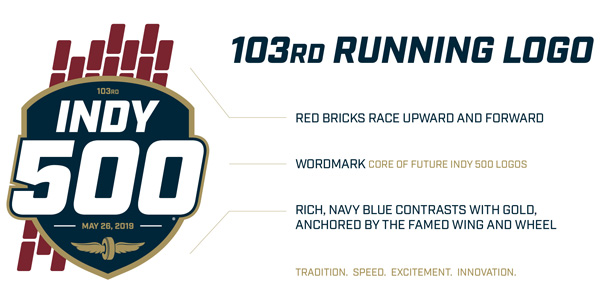