In its first year of operation, the IDEA Center at the University of Notre Dame has surpassed its goal for launching faculty and student startups companies. The university says a total of 27 startups were created between July 2017 and June 2018, topping the original goal of 16.

Notre Dame says the number of new startups nearly equals the total amount launched by the university in its entire 175-year history prior to 2017. The university’s previous single-year record for new startups was three in 2016.

Since launching, the companies have raised a collective total of more than $4 million in investments or grants, created 83 jobs, launched 23 products, and generated more than $500,000 in sales, according to the IDEA Center. They represent a number of sectors, including healthcare, information technology, law, and media.

"The IDEA Center and its team members have done a wonderful job during their first year translating faculty, staff and student ideas into innovation success stories,” said Thomas Burish, provost at Notre Dame. "In the process, they also worked with others at the University and throughout the South Bend-Elkhart region to create tremendous energy and enthusiasm among those with the passion and drive to see their ideas through to successful launch."

Notre Dame says in order to qualify as a startup, a company must be licensed as a business, have a business plan and management team, and have completed the IDEA Center’s "de-risking" process, which assesses ideas for their market potential.

"The success of the IDEA Center’s strategy indicates that a strong focus on startups in the South Bend-Elkhart region will lead to the potential for significant economic growth, such as that seen in other technological hub cities in the country,” said Bryan Ritchie, associate provost and vice president for innovation. “In time, we believe this region will retain and attract even more of tomorrow’s brightest, most innovative minds.” 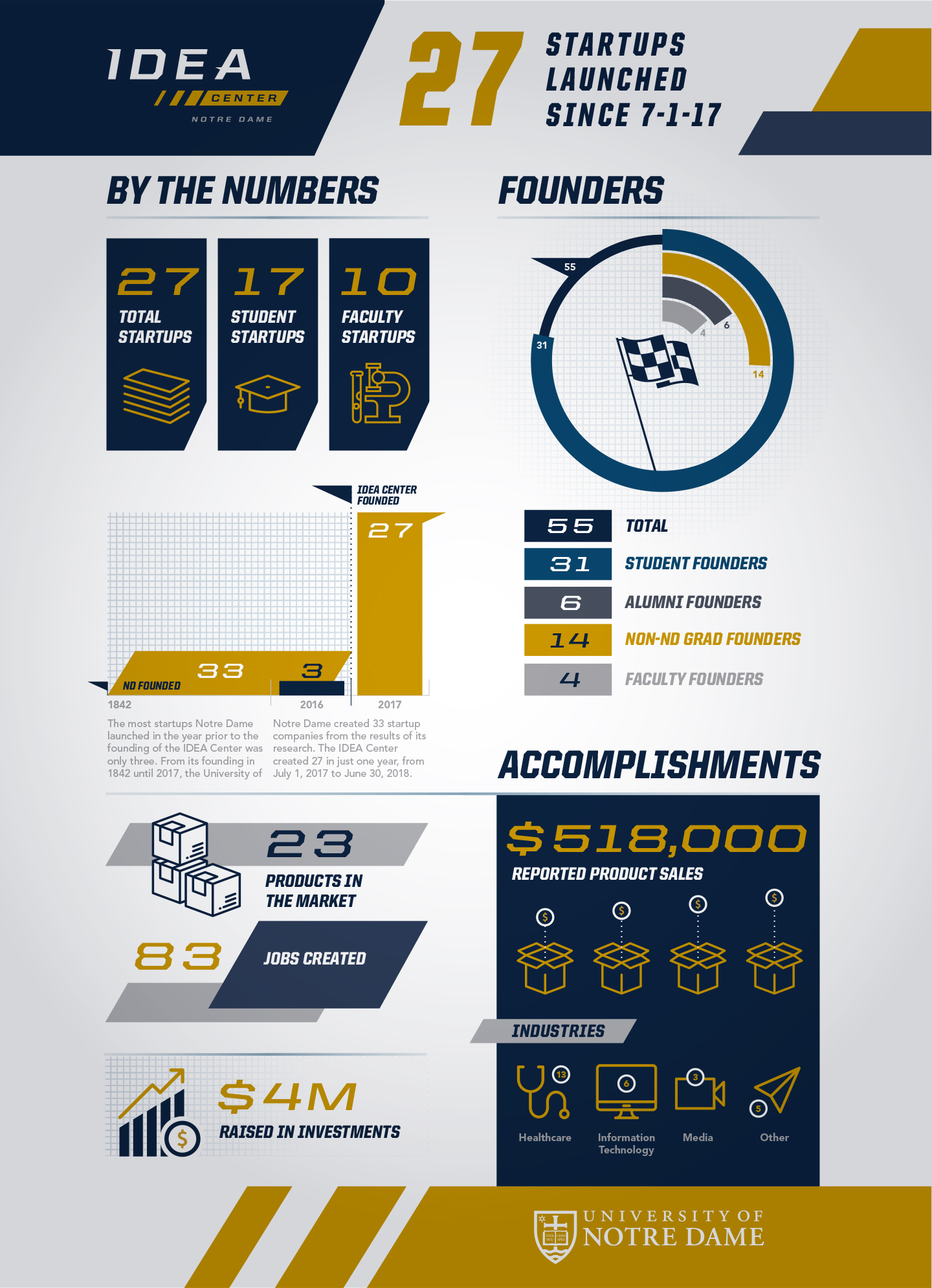