Overall, the value of good farmland in the five-state district was unchanged from January 2019 to January 2020.

Iowa was the only other Midwest state to see a two-percentage-point improvement during the 12-month period.

For the fourth quarter of 2019, Indiana land values were unchanged from October 2019 to January 2020. District-wide, values for “good” farmland were up 1% from the third quarter, according to economists.

The report is based on a survey with 142 agricultural bankers who serve rural areas of the states.

Moving forward, the Chicago Fed says 82% of the survey respondents expected farmland values to be stable during the January through March period of 2020. Seven percent expect them to rise and about 11% expect land values to decline during the first quarter of 2020.

The Seventh Federal Reserve Bank District includes the northern half of Indiana and Illinois, the entire states of Iowa and Michigan, and the southern half of Wisconsin. 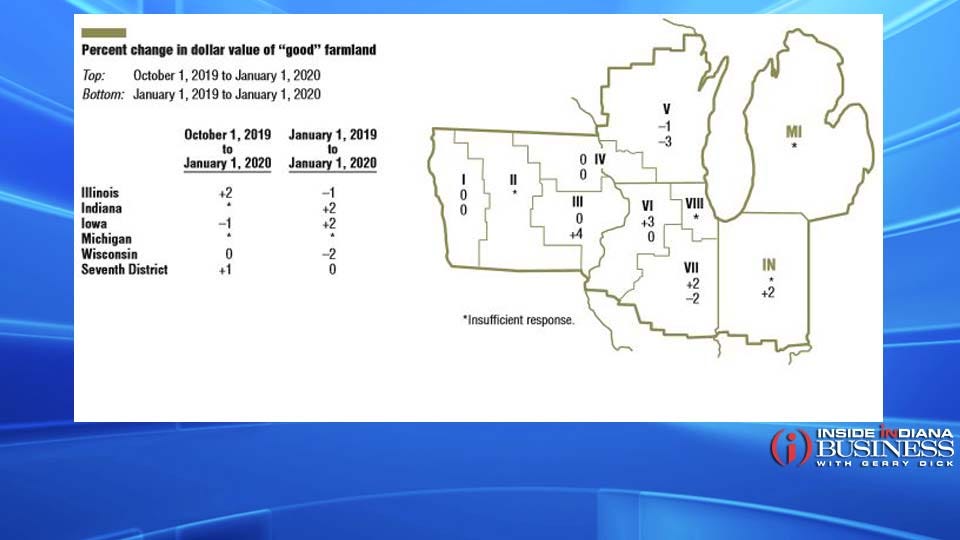