An agripreneur from northern Indiana has developed a piece of equipment that is more at home in the almond orchards of California than in corn and soybean fields of the Hoosier State.

Anna Haldewang is founder and chief executive officer of Syracuse-based InsightTRAC, a startup that is catching the attention of California’s multi-billion-dollar almond industry.

She designed an autonomous, tracked machine that hunts and removes rotten almonds, known as mummy nuts in the industry, from trees.

“It was not removed during harvest and so it stays on the trees in the winter. A pest called navel orangeworm…will hibernate inside of this mummy during the wintertime and then in the spring it will emerge into a moth and it will damage the quality and yield of next year’s crop,” explained Haldesang, in an interview with Inside INdiana Business.

Almond growers are unable to market nuts infested with navel orangeworms because the larvae feed on the nutmeats.

“The best time to remove this costly pest is in the winter when they’re hibernating and they’re not flying around,” explained Haldewang.

The rover rolls down the rows of almonds orchards, searching and learning as it goes. With its site-tracking technology, a camera spots and targets mummy nuts.

The GPS-enabled machine then uses an air-powered gun to shoot down the target with biodegradable pellets.

“And while it’s targeting and removing mummies from the trees, the system is collecting data about every tree, every variety and every acre in the orchard,” said Haldewang. “In the end, we’ll be able to provide the grower with a report… we’ll be able to tell them where they were heaviest in the orchard with mummies, where they are lightest, and how many mummies we removed.”

She says farmers can then take the information and leverage the cloud-based data to better manage and optimize their profit per tree. 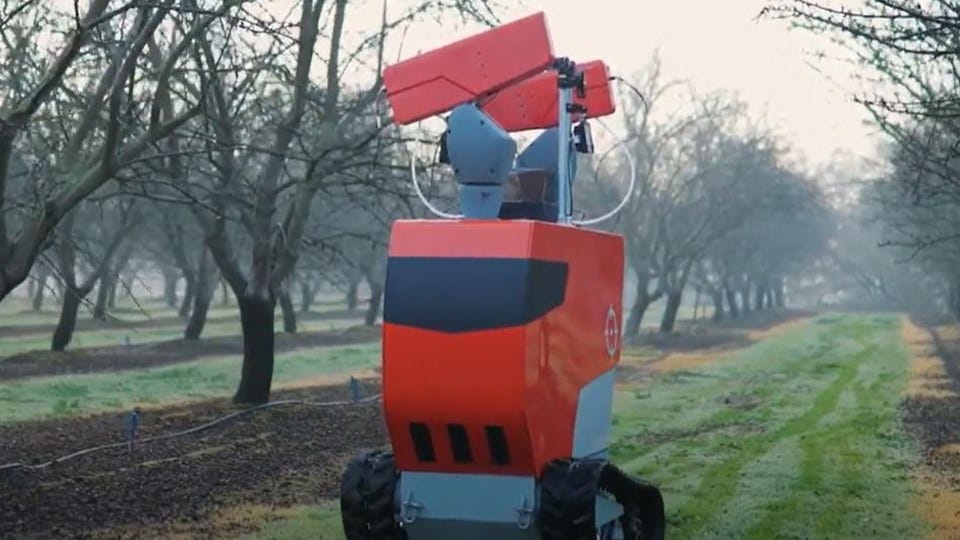 The rover developed by InsightTRAC is on patrol in a California almond orchard.

Haldewang says her technology replaces machines that shake entire trees. Other almond growers use farmworkers to manually knock down mummy nuts with long poles. She says the rover will be equal to or slightly lower cost per acre than the manual approach.

“InsightTRAC removes the labor challenge many face by automating mummy removal, we are creating a more reliable solution and generating new data insights for growers to use in addressing mummies in the future,” claimed Haldewang.

This is not Haldwang’s first venture into pollinators and the crops that rely on them. As part of a class project in college, she created a pollinating drone, called Plan B, as she learned about the decline of bees.

“I created that pollinating drone to be an educational tool to connect you, the drone and nature, which is what set me on this track towards starting the company and figuring out that the almond market was where I needed to be.”

And then her focus shifted from airborne technology to ground robotics. 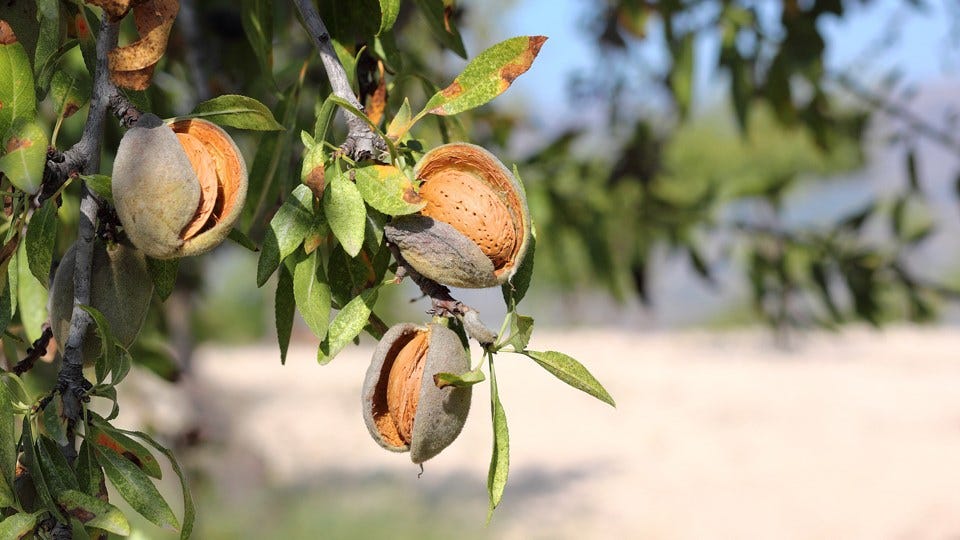 According to the California Dept of Food and Agriculture, almonds are the second highest value commodity in the state, right behind milk and other dairy products. CDFA says the crop accounts for $6 billion dollars in exports alone. California agricultural exports totaled $21.7 billion in 2019.

Haldewang says the company will start beta trials this July in Australia during that country’s winter when navel orangeworms are seeking shelter in the mummy nuts.

Then, the Indiana-based company will conduct trials in California this December, with the goal to launch commercially in 2022.

“Navel orangeworms are a huge problem for pistachios and walnuts as well, so we’ll be exploring those crops as well,” said Haldewang.

Haldewang is also a nominee for TechPoint’s Meet the Rising Entrepreneur Award. The 2021 Mira Award winners will be announced in April.

“The agribusiness sector of Indiana has been very supportive with our startup. Everyone is always willing to offer advice or has a connection to someone who can help us with a challenge. I’m very proud to be a Hoosier in the Agtech industry.”

Learn more about the technology by clicking here.