Plans for the 60-acre property were unveiled mid-2017.

The owners of the Indy Fuel hockey team have announced plans for a sports and family entertainment complex in Greenwood. Indiana Ice Arenas LLC, owned by Jim and Sean Hallett, is teaming up with Indianapolis-based Gershman Partners to develop the more than $40 million property, which the developers say will include one of the largest facilities of its kind in the U.S.

The development would cover 60 acres along Interstate 65 and will be comprised of two components. The first is the $25 million, 175,000 square-foot Greenwood Sportsplex. The facility will include two ice rinks, two turf fields with the ability to be converted into two additional ice rinks, five basketball courts with the ability to be converted into 10 volleyball courts, a fitness and training facility, pro shop, locker rooms and food service facilities.

The second component includes entertainment, dining and hospitality developments. The city says Gershman Partners plans to invest $15 million into that portion of the development and already has initial agreements in place with Xscape Theatres and Main Event Entertainment to serve as anchors.

The development also includes space for additional dining, retail and entertainment, as well as a 200-room hotel and convenience store.

"The initial phase of this development would bring nearly 300,000 square feet of sports and entertainment facilities to Greenwood," said Greenwood Mayor Mark Myers. "The project creates a focus for youth sports in the Midwest and positions our city to host a variety of regional and national events. It also provides a unique recreational opportunity for residents of Greenwood and surrounding areas."

Both Indiana Ice Arenas and Gershman Partners have signed letters of intent with the city and are requesting incentives for the project. The Greenwood Redevelopment Commission will consider the incentives, which include up to $3.7 million for construction of site improvements, up to $1.8 million for off-site infrastructure improvements and a reimbursement of up to $3 million for capital improvements which would be paid out over 10 years.

The RDC plans to vote on the incentives during its July 11 meeting. The project has support from RDC President Brent Tilson.

"This is a special opportunity for Greenwood," said Tilson. "The value to our city is immediate and will only increase over time. We’re confident this will spur accelerated development in both the immediate and surrounding areas."

The developers stated in their letters of intent they hope to have definitive agreements in place by the end of August.

The project follows previous plans by the Halletts to develop a $20 million iceplex in Greenwood, which were ultimately scrapped after the city pulled the tax abatement offered to the developers. The Greenwood Sportsplex will feature many of the same amenities as the proposed iceplex. 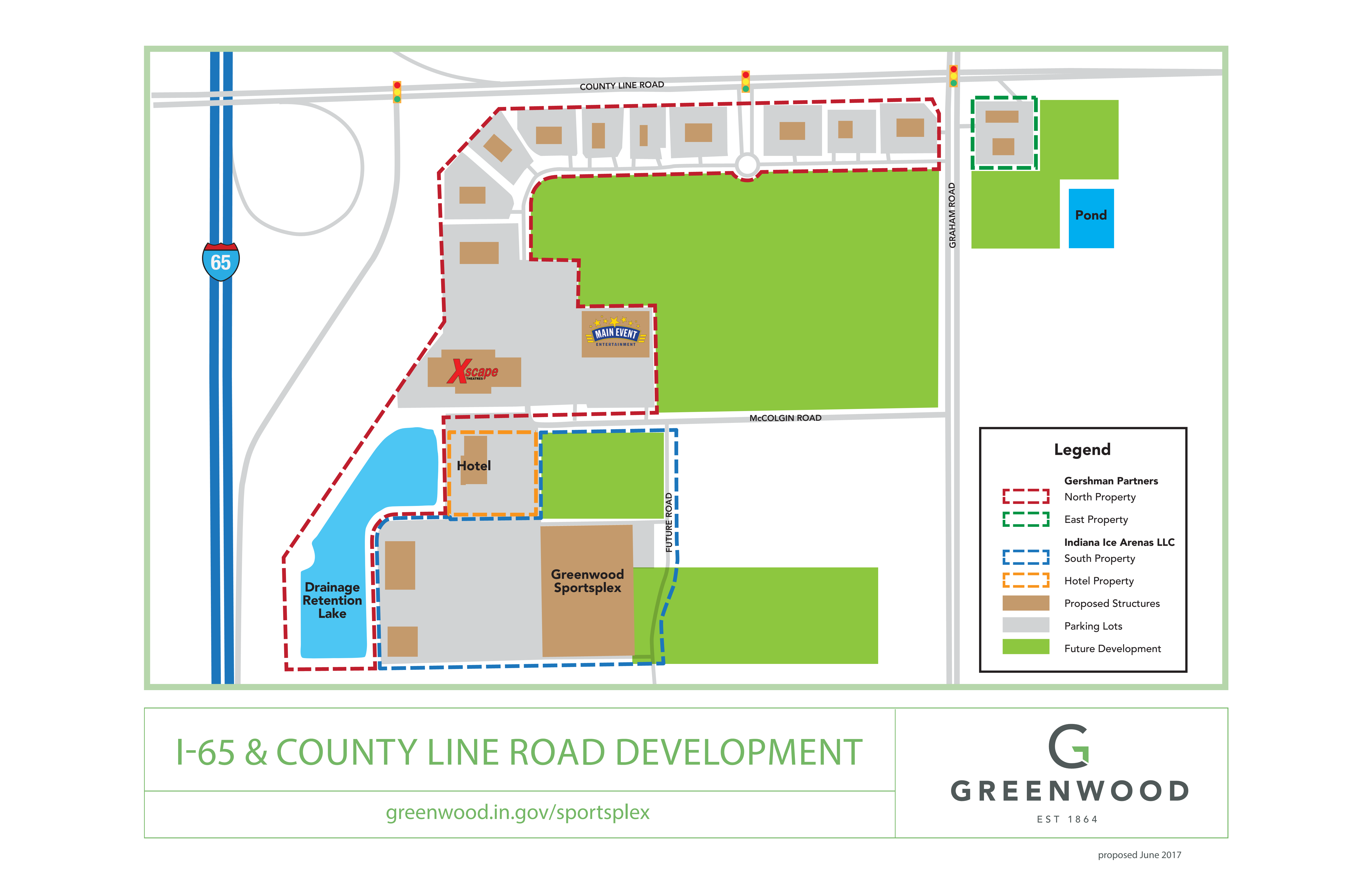