If you’re hosting a Fourth of July cookout in Indiana this weekend, you might be paying less than other parts of the country.  The Indiana Farm Bureau says Hoosiers can expect to spend on average $56.70 to feed 10 people. That’s about 5% less than the U.S. average.

The survey was conducted in mid-June by 27 volunteer shoppers from across the state who collected prices on specific food items from their local grocery stores.

Indiana Farm Bureau says three items on the list are more expensive in Indiana than they are nationally, including ground beef, pork chops and cookies. INFB says the most notable price difference is for ground beef which is 18% more expensive than the national average. However, cheese and ice cream are less expensive.

According to the U.S. Department of Agriculture, farmers on average receive about 13 cents for every dollar spent for food consumed at home. Using this figure, the farmer’s share of this $56.70 market basket would be less than $8. The remainder goes to the other parts of the food industry. 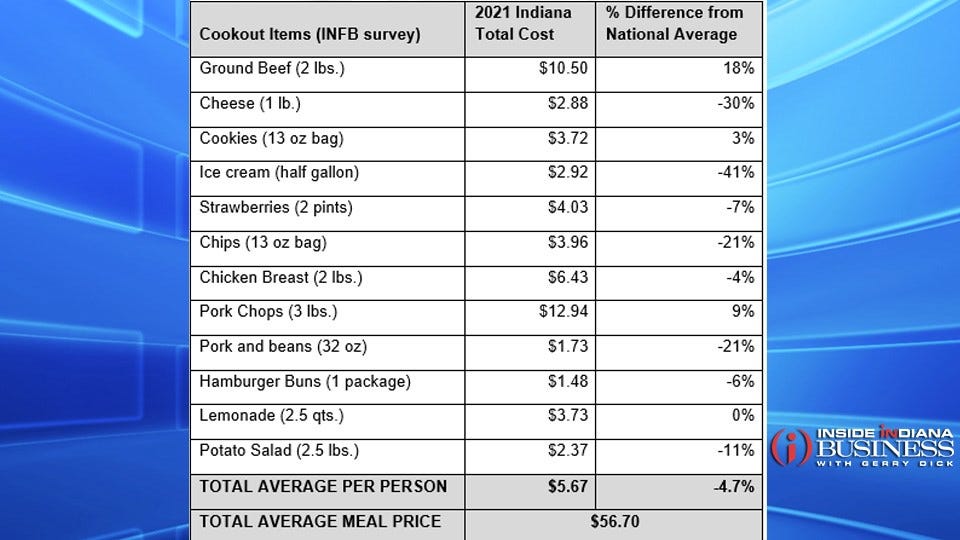