The Fishers City Council will Monday consider a project agreement for a $52 million mixed-use development. Fishers-based Envoy Inc. says the project will feature six buildings that will include 280 residential units and more than 23,000 square feet of commercial, restaurant and retail space.

Known as the “Highline Project,” the development will be located near the intersection of 106th Street and Lantern Road, near the I-69 interchange. The project will also include a pedestrian trail, as well as streetscape and infrastructure improvements.

As part of the project agreement, Envoy is seeking more than $10 million in bonds from the city. According to documents filed with the city, the bonds would be repaid over a 25-year period through Tax Increment Financing funds.

If approved, Envoy says the project could be complete by August 2023. 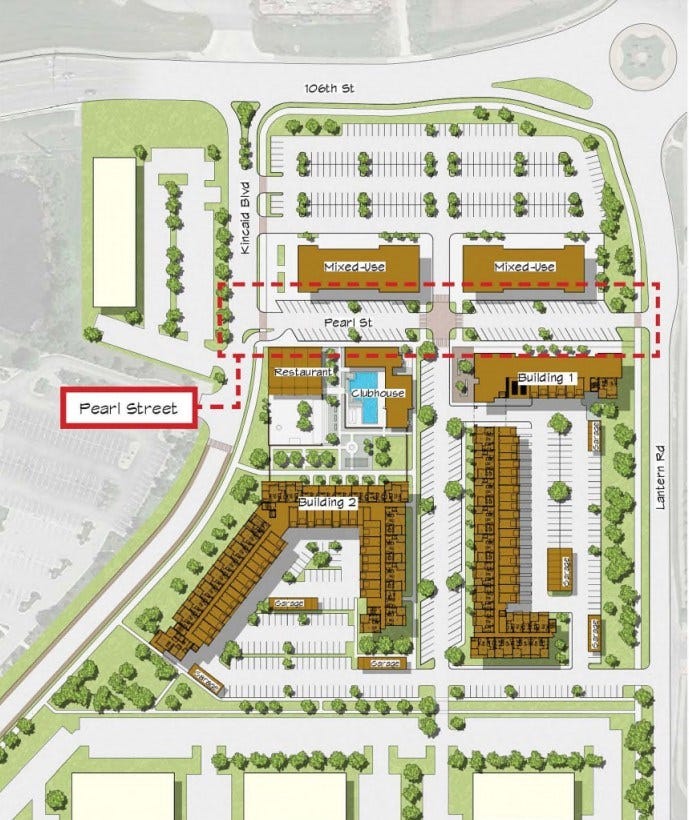 (image courtesy of the city of Fishers)