Ellspermann first publicly expressed her interest in the Ivy Tech job in December.

Lieutenant Governor Sue Ellspermann says Wednesday will be her final day in office. In a letter to Governor Mike Pence, Ellspermann says the resignation comes with a "conflicted heart." Former Indiana Republican Party Chairman Eric Holcomb was announced earlier this month as Pence’s pick to be 51st lieutenant governor.

In December Ellspermann expressed her interest, with Pence’s backing, in pursuing the position of president at Ivy Tech Community College. A search committee at the state’s largest post-secondary education institution has been seeking a new leader to succeed Tom Snyder, who is set to step down this year. In a December interview with Inside INdiana Business, Ellspermann said the work force in Indiana is a major reason for her interest in the Ivy Tech job.

Her letter points to accomplishments job totals, career and technical education investment and the number of participants in the state’s Healthy Indiana Plan 2.0 program. She said she has witnessed performance in the state go from "good to great" over the last three-plus years she and Pence have been in office. 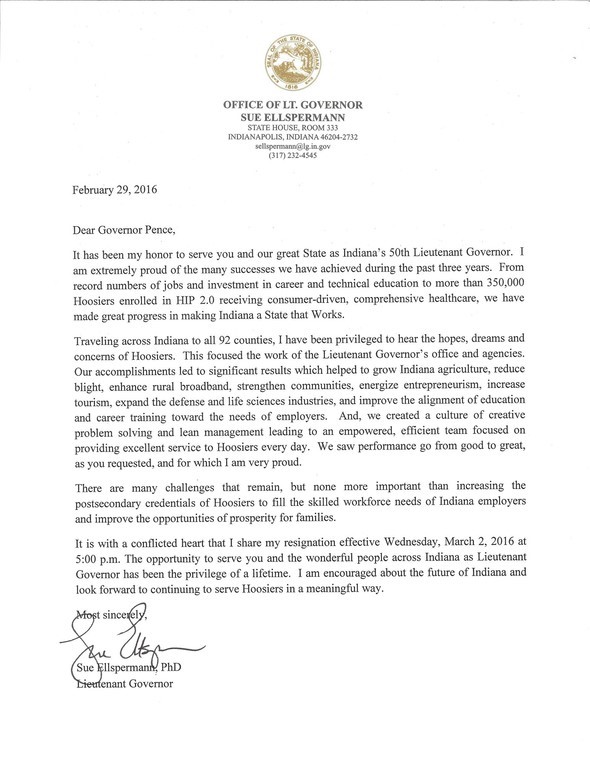