The Daviess County Economic Development Corp. is pursuing the creation of a countywide Infrastructure Development Zone to support a potential $20 million investment in high-speed fiber connectivity.

The organization says the project would boost economic development by providing gigabit speeds throughout the county.

Officials are exploring a partnership with RTC Communications, which is headquartered in the Daviess County town of Montgomery, to provide the firm with a property tax exemption for 10 years.

In an interview with Inside INdiana Business, Davis County EDC Executive Director Bryant Niehoff explained how the zone, if approved, would work.

“It’s different than tax abatement that we would typically work when trying to attract an industrial partner who is expanding. It’s an exemption,” explained Niehoff. “In this circumstance, we would be exempting… all investment that RTC makes, that meets the criteria that we put forth in this ordinance.

The project would create a countywide public-private partnership where RTC would invest up to $15 million for the installation of the infrastructure. Niehoff says an additional $5 million would from a variety of funding sources, including local, state and federal grants.

RTC has already installed 500 miles of broadband internet in the city of Washington and parts of Daviess County. The project would add another 400 miles of fiber connectivity to many, but not all, underserved parts of the county.

“Fiber construction costs can range from $40,000-$80,000 per mile, which makes any fiber expansion project a challenge, especially in rural markets,” said Kirk Lehman, RTC Communications chief executive officer. “For this project to move forward, it will require the direct collaboration of many organizations and people to make it all happen.” 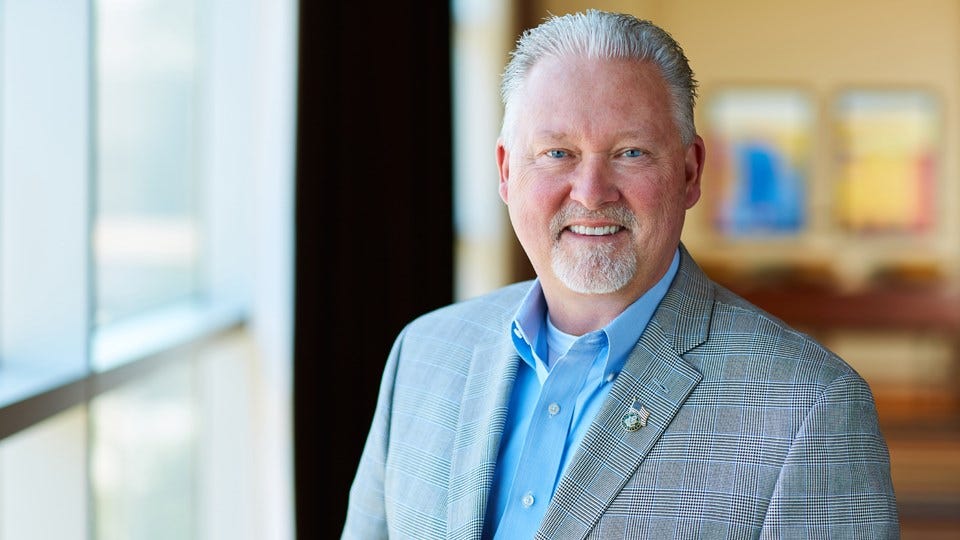 The DCEDC presented its proposal to the county council this week. It will go before the county commissioners later this month to get their support for the infrastructure development zone.

“By designating all of Daviess County as an Infrastructure Development Zone, our community leaders and elected officials are taking a major step in addressing the broadband accessibility challenges that face us today,” said Niehoff.  “This is the first big step that the county has put in place to put some skin in the game…by providing this exemption and removing some of the red tape.”

Niehoff says the DCEDC wants to work at the “speed of business” to get the county to approve the development zone and to greenlight the project for RTC.

In an interview with Inside INdiana Business, Davis County EDC Executive Director Bryant Niehoff explained how the zone, if approved, would work.