The district will start at the future I-69 interchange in Bargersville. (photo courtesy of Scott Roberson/Daily Journal)

The town of Bargersville is looking to accommodate its continued growth. Our partners at the Daily Journal report the Bargersville Town Council has approved the creation of a riverfront district, which will start at the future I-69 interchange on the town’s northwest side.

The district will cover three corners of the interchange, according to the publication, including a 166-acre commercial development from Duke Homes and an undeveloped property. The district will extend south to Whiteland Road and will include land surrounding Mallow Run Winery. 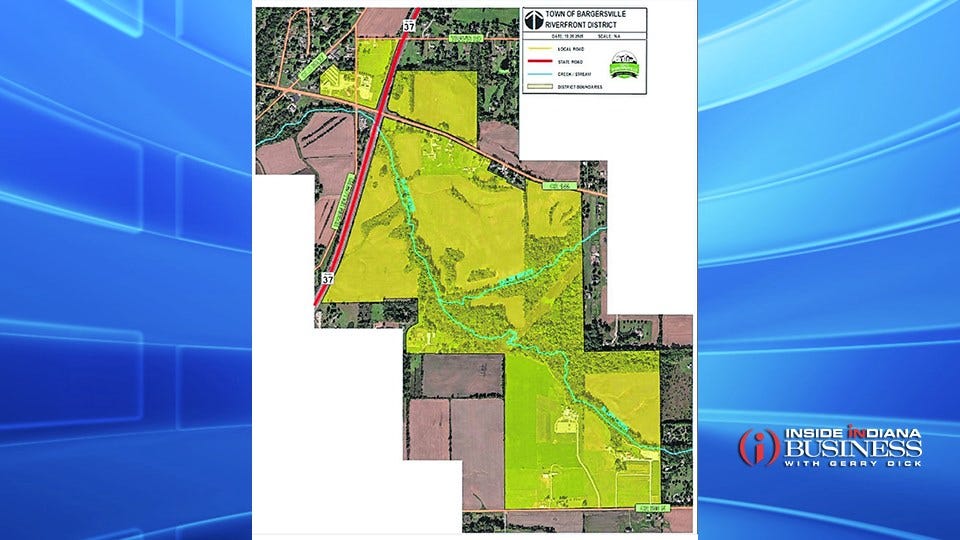 (image courtesy of the Daily Journal)

The creation of the riverfront district could also give the town 10 more liquor licenses, according to the publication. The town currently has nine licenses, based on its 2010 population, in use.

Town Manager Julie Young tells the Daily Journal Bargersville has grown by nearly 30% since the 2010 Census, which determines how many licenses a municipality can have. She says interest in opening new bars and restaurants has also grown over the last decade, but a lack of liquor licenses has stifled that growth.

“When they find that out, they’re no longer interested in locating in the town,” she said. “It has happened enough that we decided this project was worth the time and interest.”

Young expects the town to gain more permits based on the 2020 Census count. The publication says the specific number of permits to be issued will be decided during the next legislative session.